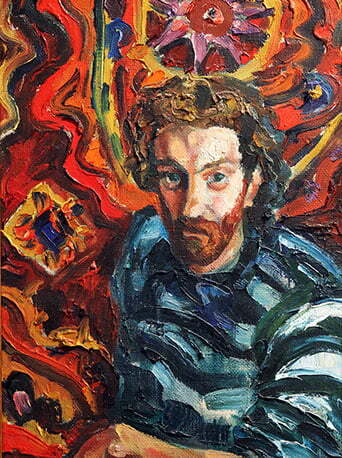 I  was born in August  1967 in Tashkent, Uzbekistan.  During World War 2 the city became a destination for people from different corners of the former Soviet Union.  Writers and workers, scientists and government officials, party bosses and peasants lived side by side.  Evacuees from Russia, Ukraine and Moldavia, from the annexed territories of Eastern Poland and the Baltic states, were looking for shelter, often to save their lives.  So I grew up in an atmosphere of tolerance and respect for other cultures.

I have always been surrounded by artists, musicians, actors and book lovers.  My father was himself an artist, and my mother encouraged reading, theatre trips, concerts, home plays and artistic endeavours.

As I grew older I spent a lot of time in my father’s studio surrounded by artists.   Some of them, my father included, became my mentors.  I always knew I wanted to be an artist, and started my journey at an art college as a 14 year old, later graduating from the Benkov College of Arts in Tashkent,  and then gaining my Bachelor of Arts from Saint Petersburg University (then called Leningrad).