The “Lady of St Kilda” art work by Alex Nemirovsky on Carlisle St in Balaclava was commissioned by the St Kilda Council as a result of a competition in 1993.  The idea was to create a gateway to St Kilda.  The historic shape of the schooner inspired Alex as much as the spirit and character of the story and the area, and aligned with the need to be visually appealing and welcoming.  The mural is made of enamel on steel, two sided, each side 14 and half metres long and 4 and half metres high enabling the bright colours and interesting composition of the imaginative sea scene to warmly greet visitors and residents alike.

St Kilda the suburb was named after the schooner “Lady of St Kilda“, which served from 1834 before being shipwrecked off Tahiti shortly after 1843.  The vessel was named after Lady Rachel Erskine Grange, who in 1734 was imprisoned by her husband and a group of Jacobite Noblemen on the St Kilda archipelago in Scotland for 17 years.  The nautical idea for the artwork was suggested by the St Kilda Council who wanted a boat as the central theme.

In 2014/2015 the mural was restored to its former glory by the City of Port Phillip after public consultation about this much loved icon of St Kilda. 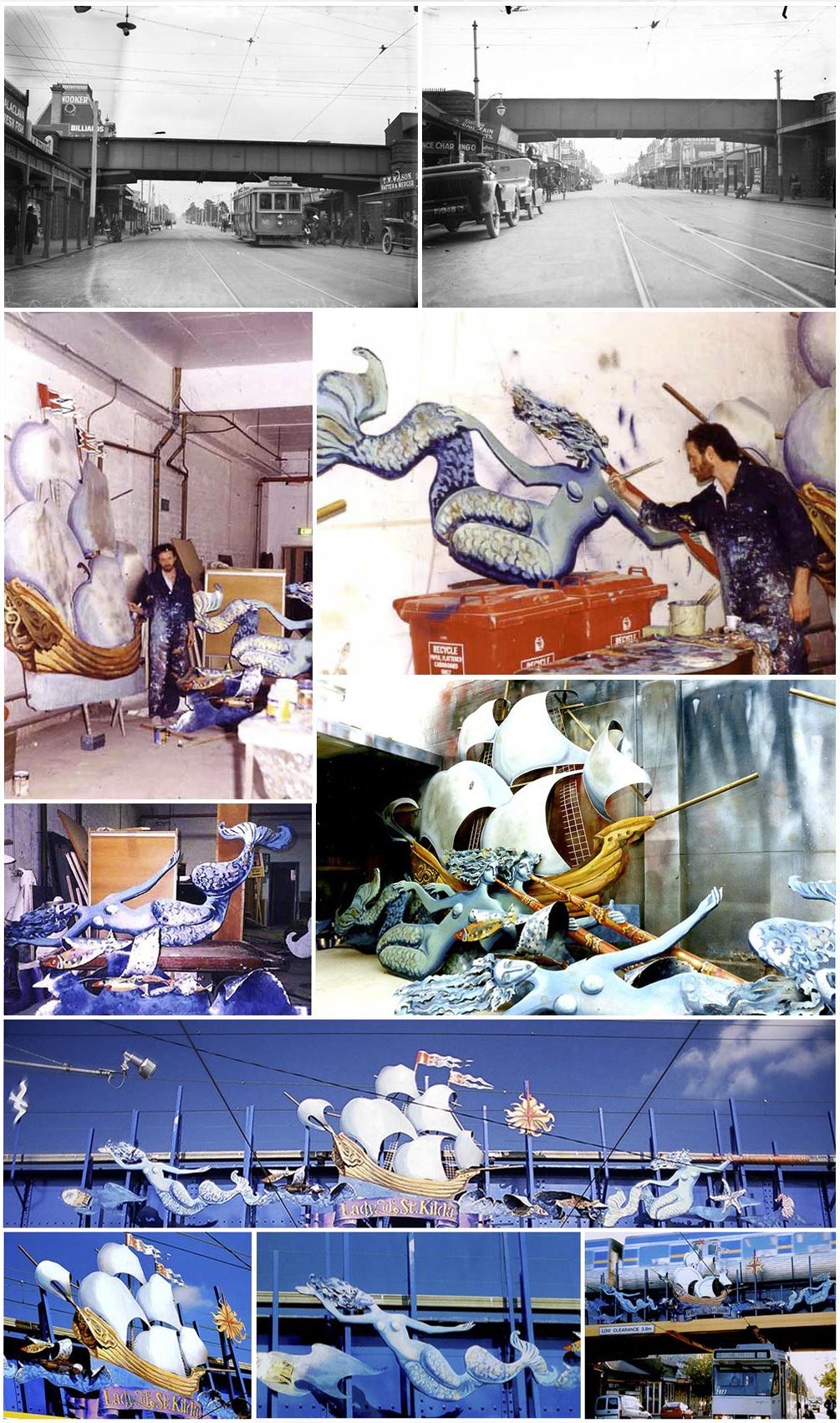 There was great community support for the restoration of  the “Lady of St Kilda” art work.  Port Phillip Council commissioned the restoration to address discolouration, rust from exposure to the elements over a period of 22 years, metal stability, and defacement with graffiti.   All surfaces were repainted again on both sides.  The mural is back to its bright and powerful original state , welcoming and decorative for all who enter St Kilda. 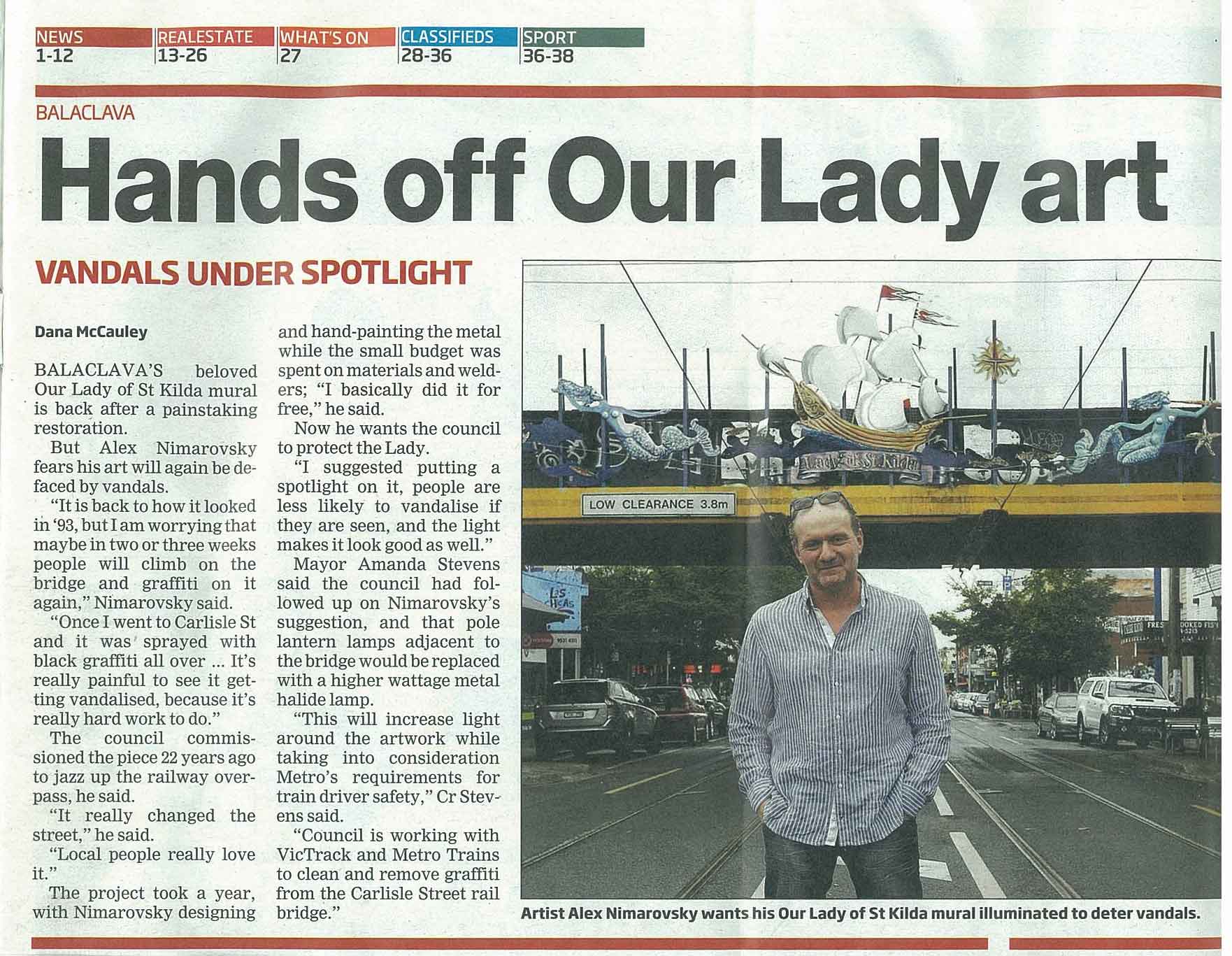 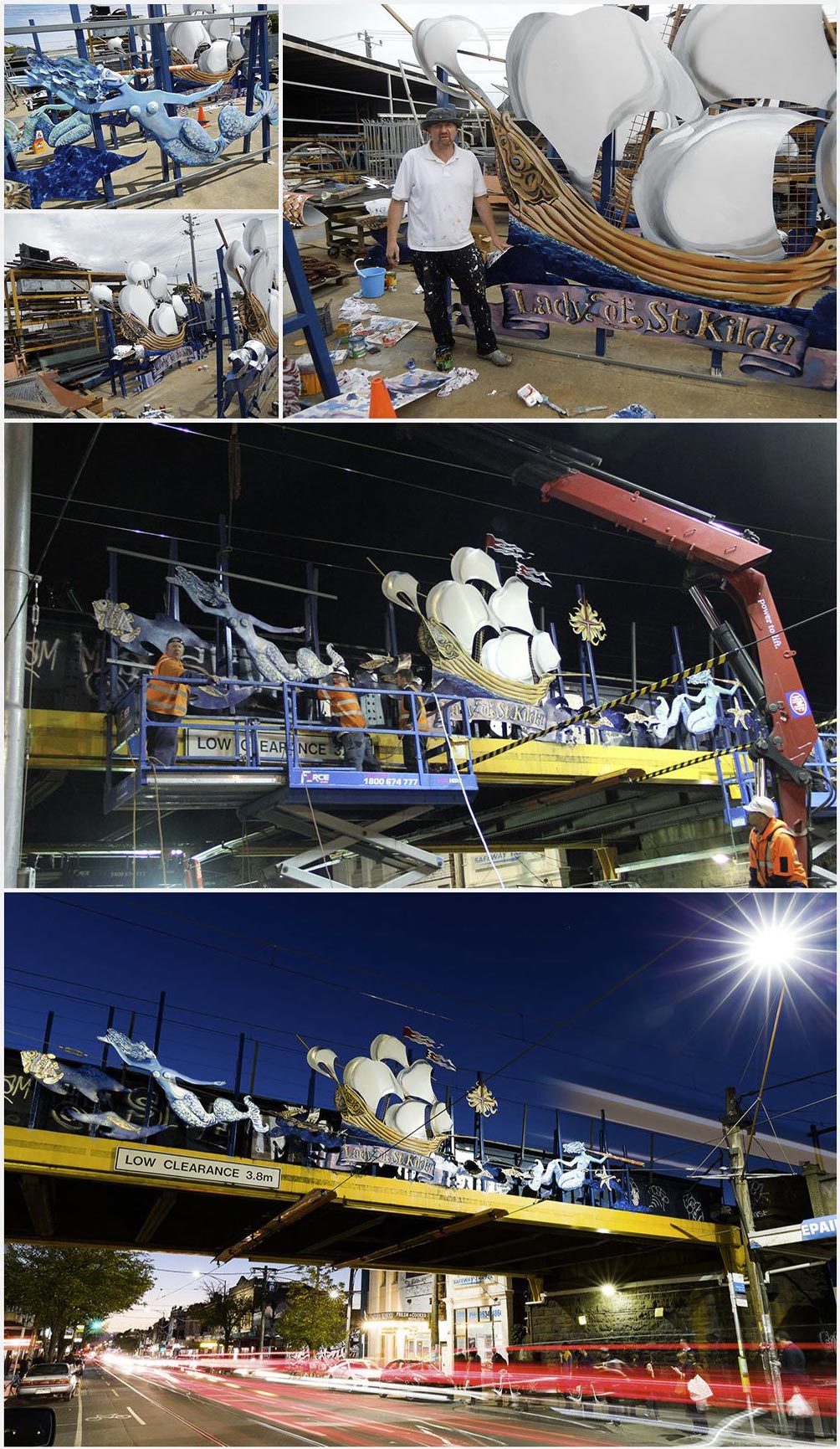