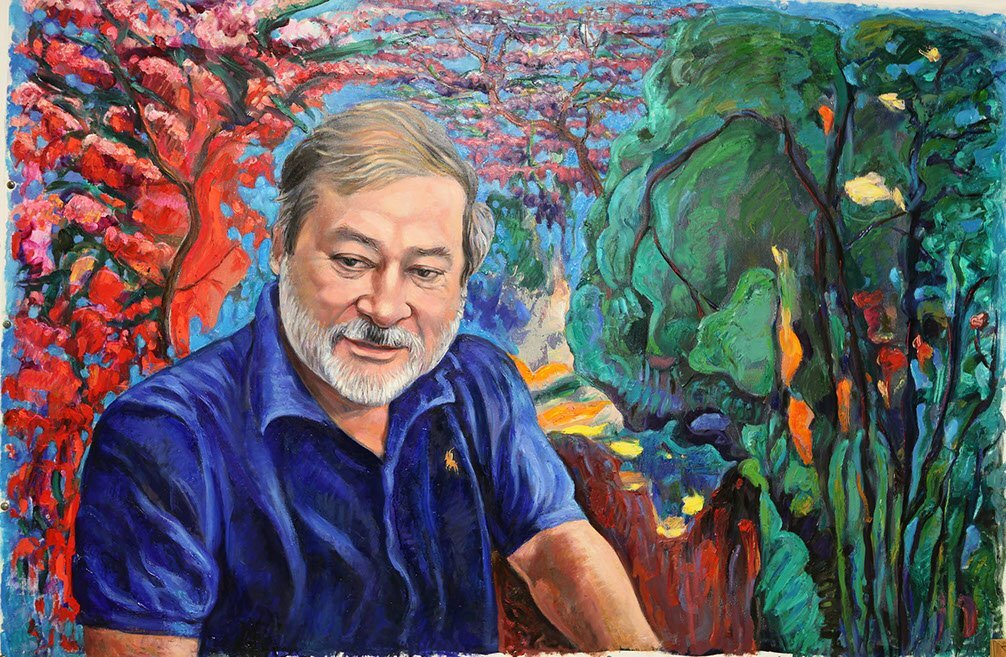 In 2016, Alex completed a private commission for the Sultan of Johor, and is pleased to see the portrait now hangs in his Royal Highness’s new palace in the city of Mercing in Malaysia.

The new palace is called the “Flintstone Palace”.  It’s architecture is inspired by the Flintstone’s cartoon series, and looks visually similar to Gaudi’s buildings in Barcelona.

Alex’s new portrait hangs above the Sultan’s throne in the new building.  With the painting’s surrealist influences, organic shapes, and strong colour pallette, it fits in well to the building that surrounds it. 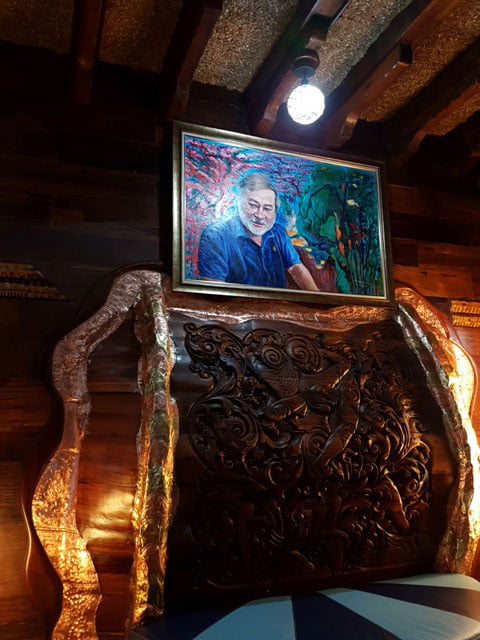